My personal Story about "The Entertainment Sector" of The UK Economy:
Today I want to talk a little about my next door neighbor who is a Violin playing Musician, originally from Poland. His name is Sebastian (we call him Seb for short). He has lived next door to us for the last few years, but sadly he has moved out Today.

His reasoning behind doing this (so he told me) is to live in Central London, as he can't face the long train journey into London. He has a huge fear of catching Covid-19 on the Trains, Buses and the Tube. So living in London will help reduce the risk as he can simply drive his own car to work.

However, there is another (perhaps more important) reason in that it is much easier to find work in the Center of London where all the major shows and venues are situated. Seasonal "Train fares" are extremely expensive, and he feels that would not be economically viable in the long term. I guess with the majority of Musicians they are "Self Employed" and thus run their own Business finances.

So to put it simply, if you can't work then you don't earn any money either. This has been a huge strain on Seb's personal finances, having to totally rely on the Government HMRC "Tax Grants" to live on. Mortgages still have to paid of course, so negotiation is an absolute life-line to many Self-Employed people. For example: Payment Holidays! or reduced monthly payments.

Almost the last two years of Government restrictions has been most hardest felt by the many Music "Concert Halls" and "Theaters" being closed due to Covid-19 (Total Lock-down). In fact, the entire "Entertainment Sector" has suffered the most severe Economic downfall in the United Kingdom.

Consequently, now that many of these latest restrictions have been lifted. Seb has finally been offered some new work, but obviously only in London. So perhaps his thinking is correct, and doing the right thing by making the move into London, before everything starts develops further. I really hope the future is brighter for him both on a personal level and also for a much improved UK Economy to survive in.

As I have just been specifically talking about my Violinist friend Seb. I thought it would be cool to share some violin themed Music from a few years ago. So here is the gorgeous "Gabriella" playing LIVE on "The Voice". A talent spotting TV Show broadcast around the World (but with different Celebrity Judges). She is playing "The scientist" by the awesome Indie band "Coldplay" just in-case you don't recognize the song. 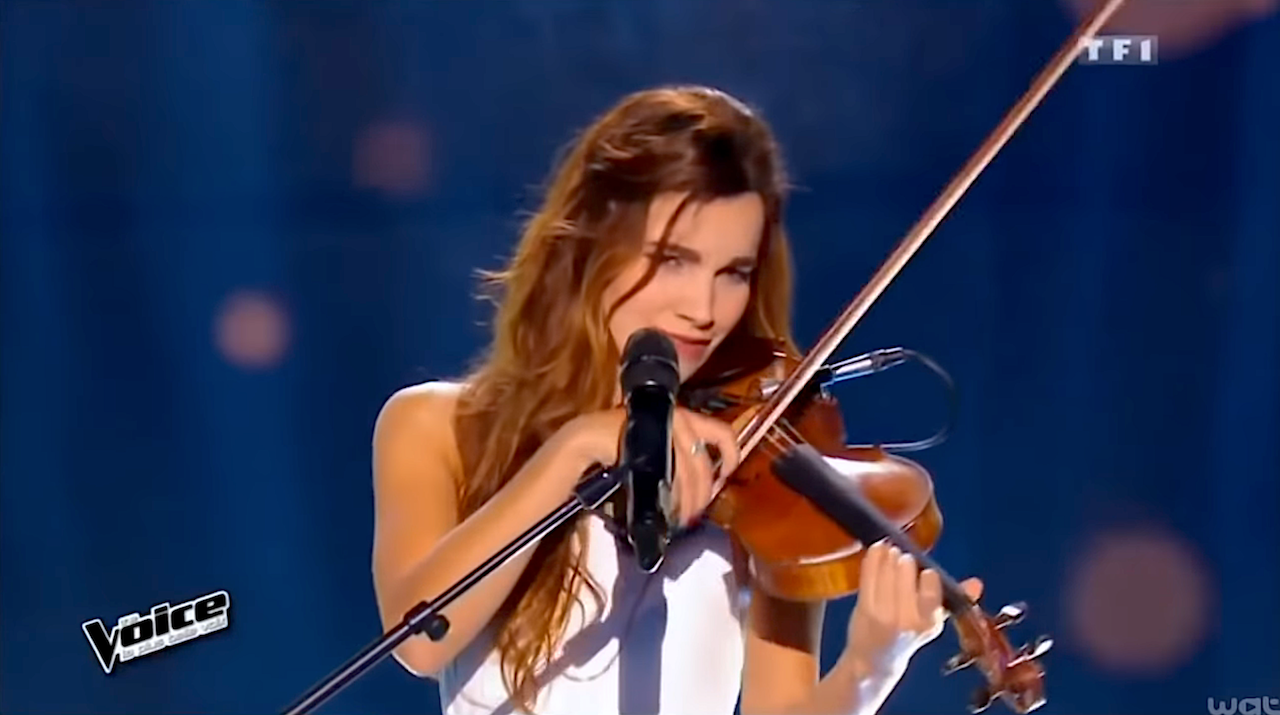 Above Image Source: "Screen Shot" from ©YouTube [here]
(I edited the color slightly myself)

I really hope that my short story about Seb has given many struggling Musicians in the World a little hope and perhaps now there is some light at the end of a very long tunnel. So to speak... 😎

Many Thanks for listening, have a great day everyone, bye for now... 🙋‍♂️